“Mummy, I’m so hungry! Give me the rotis first!” twelve-year-old Kavya yelled impatiently. Her mother chuckled. “Here you go.” Between mouthfuls, Kavya asked, “Why aren’t you eating?” “I have to serve your father first. The lady of the house eats only after everyone else has eaten. We must manage with what is left.” “Amma, I rather not get married at all! I love my food!” protested Kavya who had her priorities set. “Well, at this rate, you will become chubbier and never get married!” sighed her mother. Kavya ignored her and added an extra scoop of potato gravy to her plate.

It was Kavya’s wedding day. She was marrying her college sweetheart Vishal. She sat on the dais all decked up. Her stomach was rumbling. She eyed the buffet spread enviously. She had discovered a new fact of life. Or rather weddings to be precise. One could devour the most scrumptious delicacies at a wedding…unless it was your own. In your own wedding, all you could do was sit like a porcelain doll and smile till your teeth hurt while you swallowed enviously at the sight of Pammi Maasi clearing her third plate of Biryani.

A cousin had taken pity on her and managed to smuggle a plate of chaat. Kavya had barely eaten a bite when her aunt discovered her transgression. “Kavya, you will get sauce on your bridal finery, eat later!” The plate and her aunt both vanished. Vishal smuggled a chocolate bar and gave it to Kavya. She shot him a thankful smile.

Later, as the couple posed for pictures, her mother wiped off the chocolate bits from the corner of Kavya’s mouth. Her mother whispered, “Remember to act demure in front of your in-laws. Do not stuff yourself with food. Eat only after they have eaten!” “The bride needs to stop scowling!” interrupted the photographer.

Kavya moved into her new home. Vishal’s parents lived with them. While Vishal and Kavya had known each other for years, she was still conscious that she was what Indian aunties referred to as “healthy”. In contrast, Vishal was tall and thin. So were his parents. What shocked her the most, was their eating habits. Mummyji and Papaji were very health-conscious and ate microscopic portions. The new bride was too shy to eat her usual fill. She watched her new family peck at their food, and she mimicked them.

At Kavya’s home, all the dishes would be spread across the table and everyone would help themselves to hearty portions. Here, Mummyji would serve the food in smaller utensils. “It’s to avoid wastage, you see. None of us are big eaters!” was her explanation. She was tempted to tell Vishal about her hunger pangs. But what if he laughed at her? Or made fun of her weight? That would hurt.

A month had passed. It was their first month anniversary. Mummyji prepared what was the world’s best Pulao, rich with raisins, cashew nuts, and ghee. It was a welcome change from the usual healthy and bland foods they ate.

“Bahu, do you want more?” Mummyji asked as she caught Kavya wistfully staring at the Pulao. She had already finished a plate. Kavya almost agreed, then she had a vision. Well, two visions to be accurate. The first, a scene from Oliver Twist, handing out his plate at the orphanage and asking for ‘more’. That didn’t end well for him. And then, the second vision of her mother, shaking her head in disproval. “I wish I could. But I’m full.” Kavya made an excuse. “Papaji, stop eating so much! You have diabetes.” Mummyji scolded Papaji, who was licking his fingers.

That night, Vishal had already fallen asleep. Kavya couldn’t sleep. Her stomach rumbled. She had a protein bar stashed in her room somewhere. But the fire in her stomach could only be extinguished with one thing- lip-smacking, delectable Pulao. It continued taunting her. She knew that there was some Pulao remaining that was currently sitting in a container in the fridge and calling out to her. No! she couldn’t embarrass herself. She had to control her urges.

2:10 AM. Mummyji woke up with a start. There was someone up and about the house. She woke up Papaji who was snoring loudly. “There is someone prowling about. Four days ago, Mrs. Gupta’s house was robbed. I’m sure it’s the same gang!”

Papaji protested. “We locked everything. Must be a stray cat. Stop watching crime alert series.” Five minutes passed. Mummyji was tense. She could hear the ticking of the clock and her own heartbeat. And then she heard another sound. It was some sort of whirring sound.

“Papaji. They have a chainsaw. They are cutting into our safe. My jewels!” Papaji was now sufficiently awakened. They heard a clang. It was unmistakable. Someone had broken into their house. “I’m a retired Army colonel. I will show them.” He huffed. “Arrey, Wake up Vishal!” pleaded Mummyji. “Your son sleeps through an earthquake. There is no point in scaring our Bahu.” Papaji maintained a rifle with him. He picked it up and marched down the stairs with his quivering wife, trailing behind him.

“The rascals are in the kitchen! You stay behind.” Mummyji remained in the hall while Papaji marched into the kitchen. Who should he see standing in front of the microwave and looking at the Pulao with reverential eyes, but his bahu!” “Bahu! What are you doing here?” “Papaji, Are you Ok?” Mummyji called out from the hall. “Quick! Hide the Pulao back into the microwave. Open the window to diffuse the aroma.” Papaji issued military-style orders. Kavya complied. Mummyji entered a second later, looking hassled.

“Bahu! What are you doing here?” Mummyji asked. She heard a noise. Like us, she came down to check,” answered Papaji swiftly. “You should have woken up Vishal! You could have gotten hurt Bahu!” admonished Mummyji. After being assured that the house was intact and there were no trespassers, Mummyji went upstairs to sleep, mumbling that it must be that stray cat again.

Kavya hung her head in shame. “Papaji, I can explain. I was a bit hungry.” “Arrey, why are you ashamed about that?” “My mother taught me that I need to act like a demure and shy bride.” Papaji roared with laughter. “Is that what mothers teach their daughter now? They should teach them independence, martial arts, and common sense, not hundred-year-old patriarchy.” Kavya looked at him appreciatively.

“Now, let’s talk business. Your secret is safe with me as long as we can split the Pulao!” Kavya looked up in shock. “What?” “I’m a picky eater not by choice. Ever since I became diabetic, Mummyji has been on a warpath. She takes extra care of all our diets. Bahu- this is your house. Don’t ever feel restricted.” Kavya teared up. She had misunderstood her in-laws. She bonded with Papaji over the remaining Pulao. They cleaned up the kitchen and headed off to sleep.

The next day at lunch, Kavya was much more confident. “Mummy, I want a second helping of your yummy curry.” “Of course! I was worried you weren’t eating well. Here you go.” Kavya looked at Papaji’s face with gratitude. Vishal suddenly interrupted. “Mummyji- is there any Pulao left from yesterday?”

Both Kavya and Papaji looked at each other with guilt, “It’s strange- I couldn’t find it in the fridge. I could have sworn that it was there yesterday.” “The cat from last night must have eaten it!” blurted out Kavya, as Vishal and Mummyji looked at her incredulously. Papaji burst into laughter as he locked eyes with his co-conspirator. 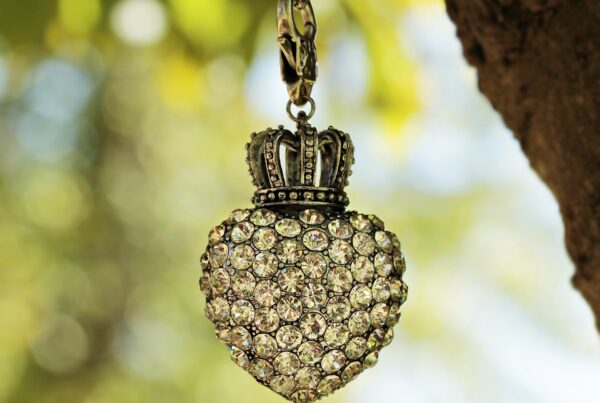